This past weekend was my first race for the 2019 season - Strada Rossa VI. A lot of training and preparation went into the workup for this "race". Starting in November last year I followed Trainer Road plans and did focused strength training at the gym. I also revamped my diet and took many other big steps to work on my overall health. Then three weeks before Strada Rossa 6 I kicked off my taper to ensure I was in tip-top shape for the big day. 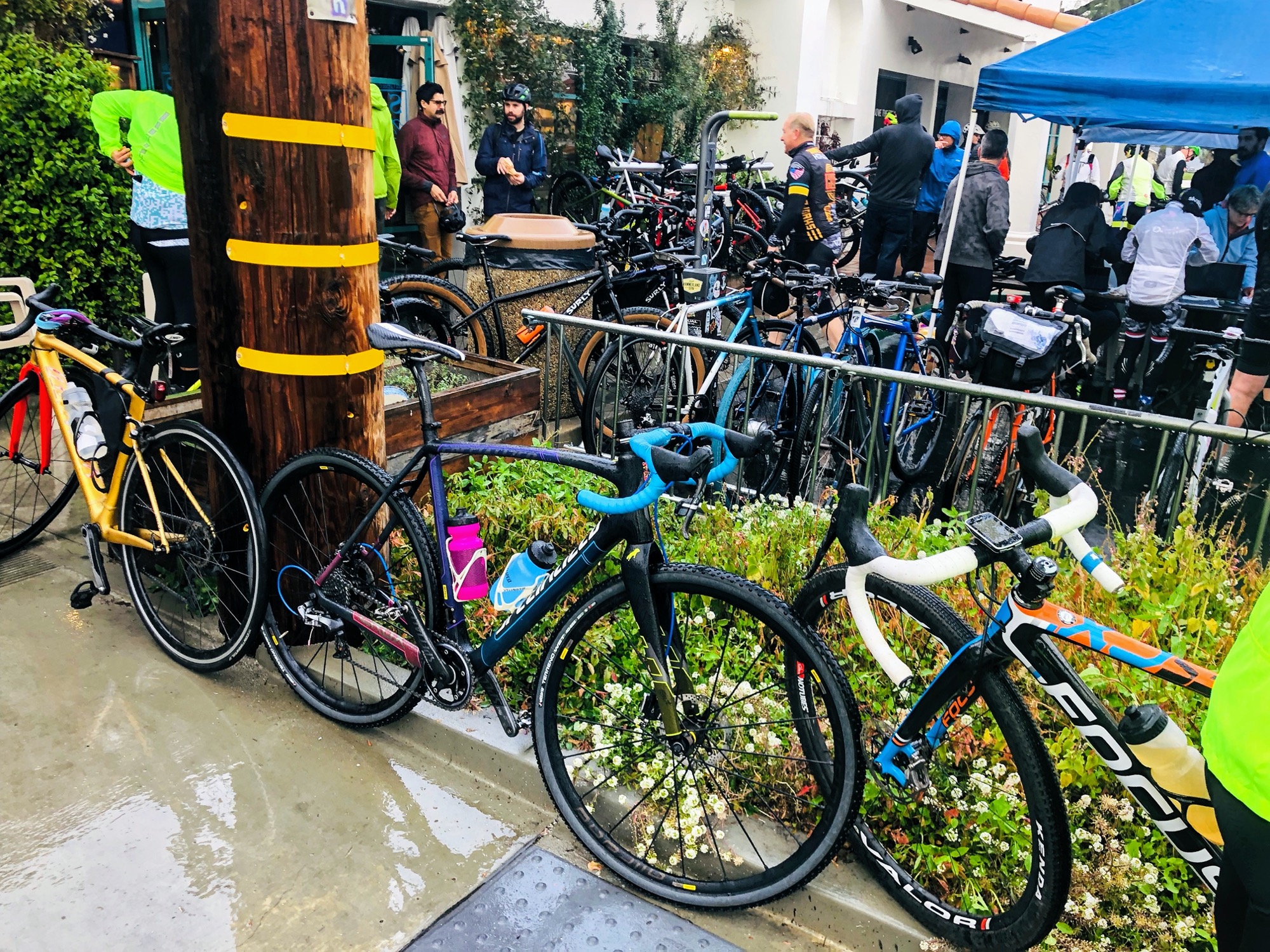 The day before the "race" I carb loaded as much food as my body could hold and then some. I drank a gallon plus of water and focused on resting throughout the day. That night I went to bed early and woke up a few minutes before my alarm went off.

The weather forecast called for heavy rain off and on throughout the day. The drive up to Redlands was a little exciting at times with the roads flooding in a few spots. I got to Stell Coffee and Tea (the official race start location) 45 minutes before the "race" start. Enough time to check in, snap some photos of the cool bikes, and grab a delicious almond milk latte. Right on schedule at 8:00am the "race" kicked off into the wind, rain, and cold... 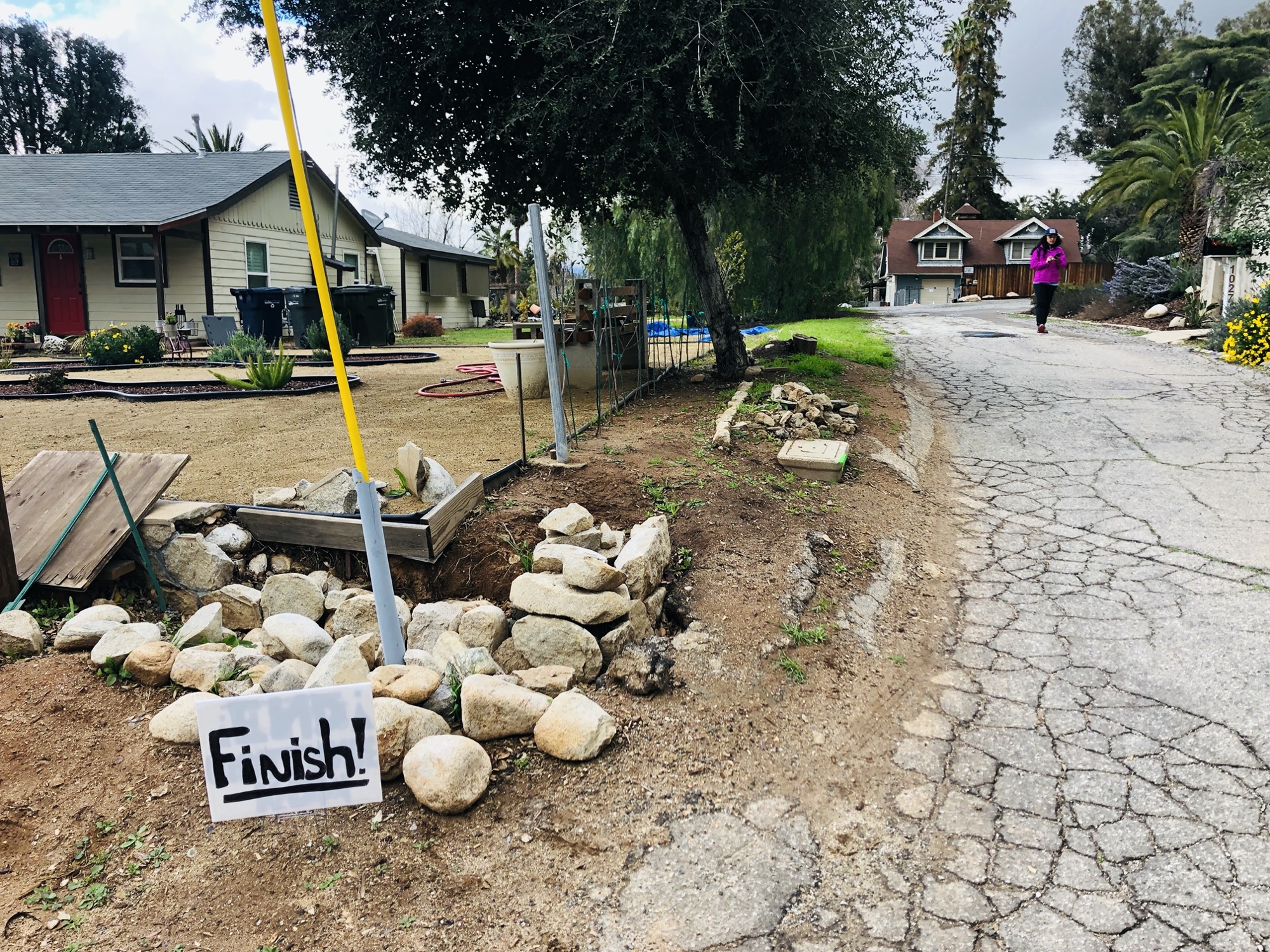 Less than three miles into the "race" my rear tire went flat. Now I have not had a flat tire in at least two years and to get one before I hit 5km was very frustrating, to say the least. To make matters worse my hands were frozen and I could not get the tire off. After several minutes I finally succeeded in getting the tire off and after double checking that there were no sharp objects protruding into the tire I put in a new inner tube. When I aired up the new tube the valve stem ripped off... So, I pulled the tire off again and put in my third and last tube. I aired it up and within a few seconds the tire was flat again... 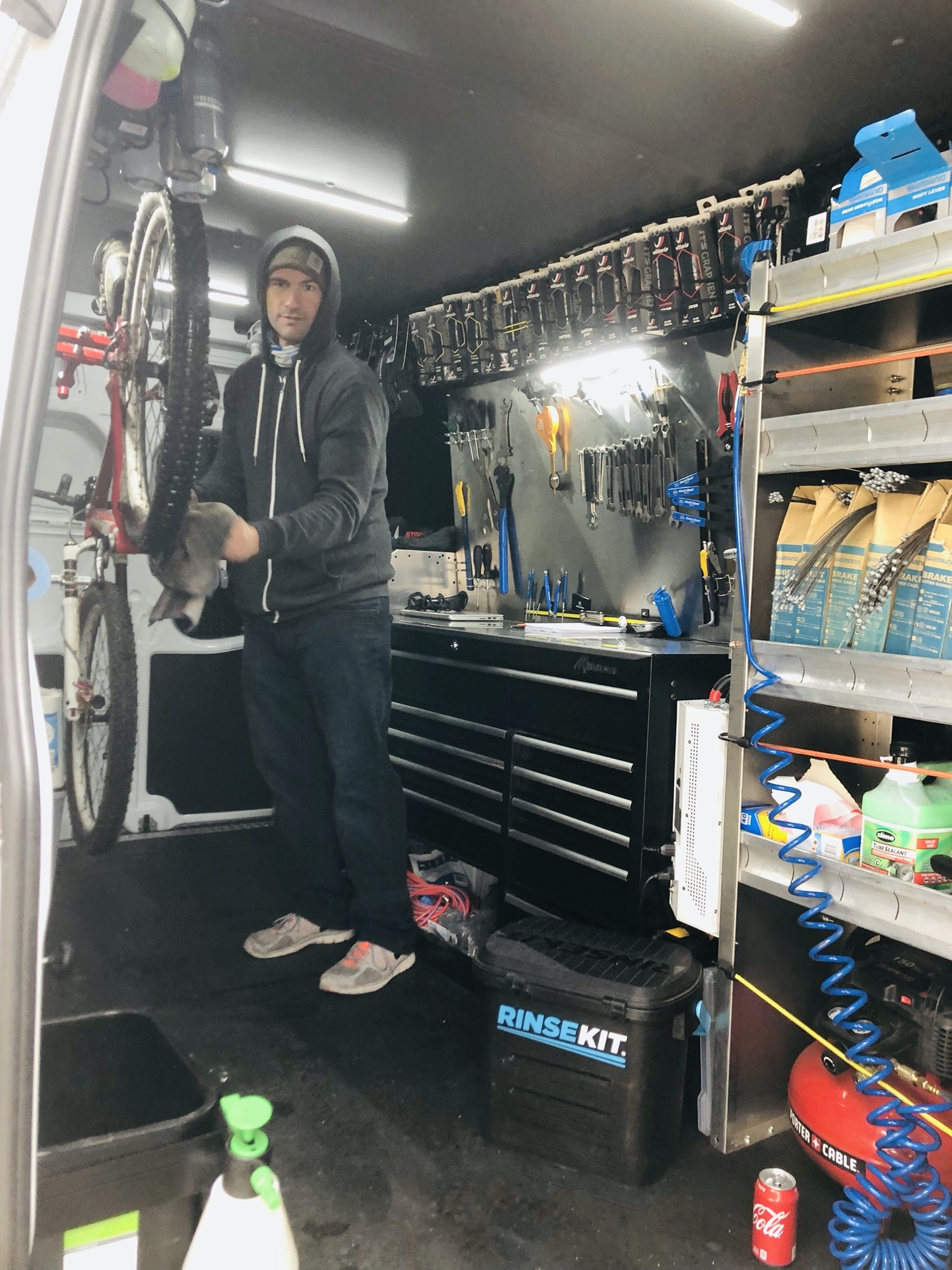 A few weeks before the "race" I had noticed that the spoke tension was very loose on both my wheels. The shop was going to charge me $140 to retention the wheels and keep them tubeless. In the interest of saving money I opted to throw tubes into the wheels. I saved $100 but in doing so I unknowingly threw away my chance at finishing Strada Rossa VI.

Getting back on the road

Making Lemonade out of Lemons

I called the "race" organizers and they sent someone out to pick me up. Kevin showed up in a minivan and kindly drove me back to my car. I loaded up my bike and headed down to the local bike shop. When they opened I went straight to the shop and had the mechanic put in a new inner tube. He showed my the pinch flat I had gotten in my third and last tube. Apparently I had pinched it with the tire lever when I was trying to get my tire back on... 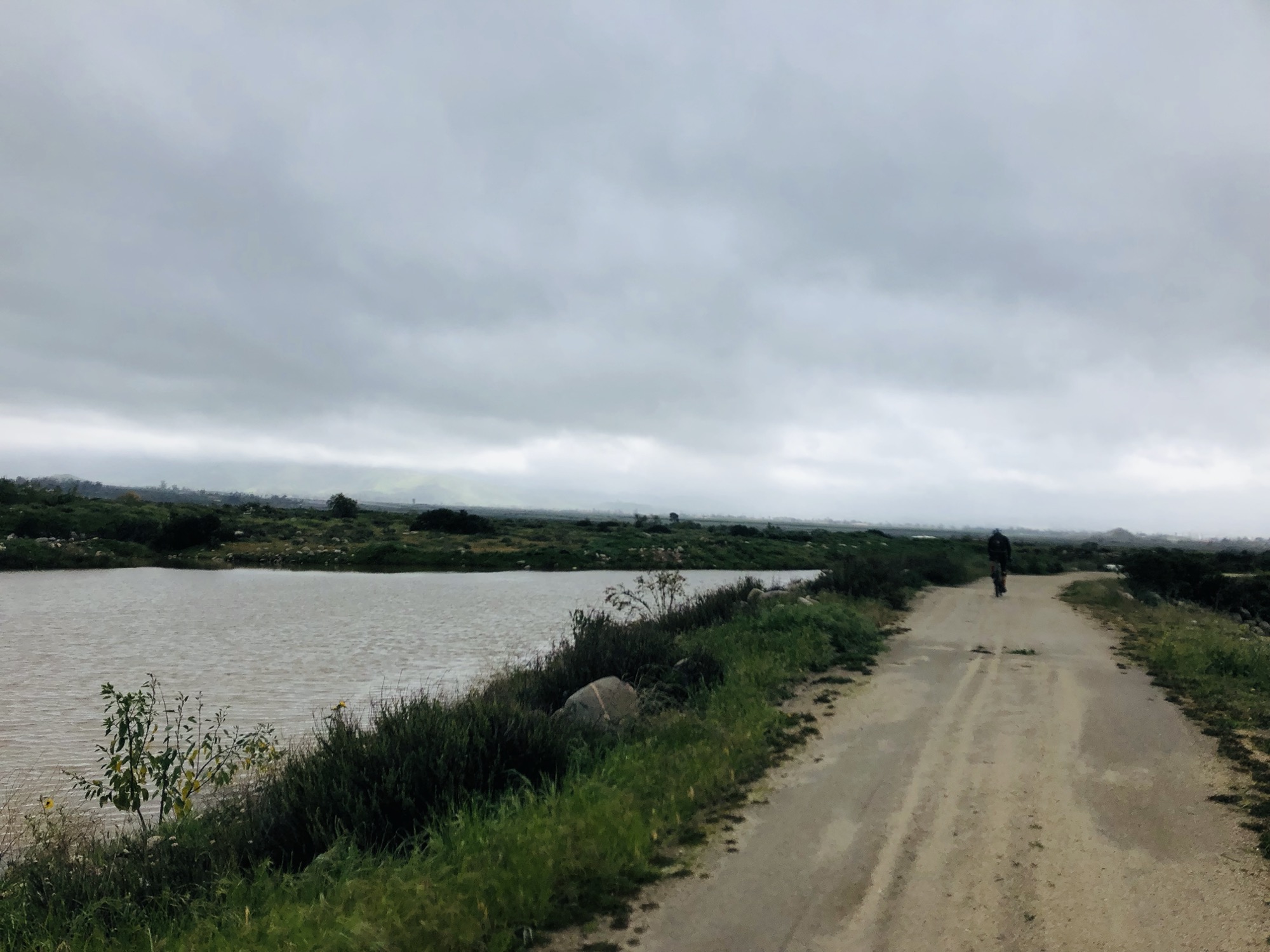 I pondered starting the ride from the beginning and riding solo but I had been counting on the SAG stations for fuel and I was worried with a 3+ hour delay that I would miss the SAG stops and be on my own with a handful of Gu's and Bloks.

The big news for Strada Rossa this year was that they had secured the privilege for the 62 & 90 mile riders to ascend the Seven Oaks Dam. This dam is one of the largest embankment dams in the United States. The rest of the year the dam is closed. My goal of completing Strada Rossa may have been over but I was not about to throw away the opportunity to ride the dam. 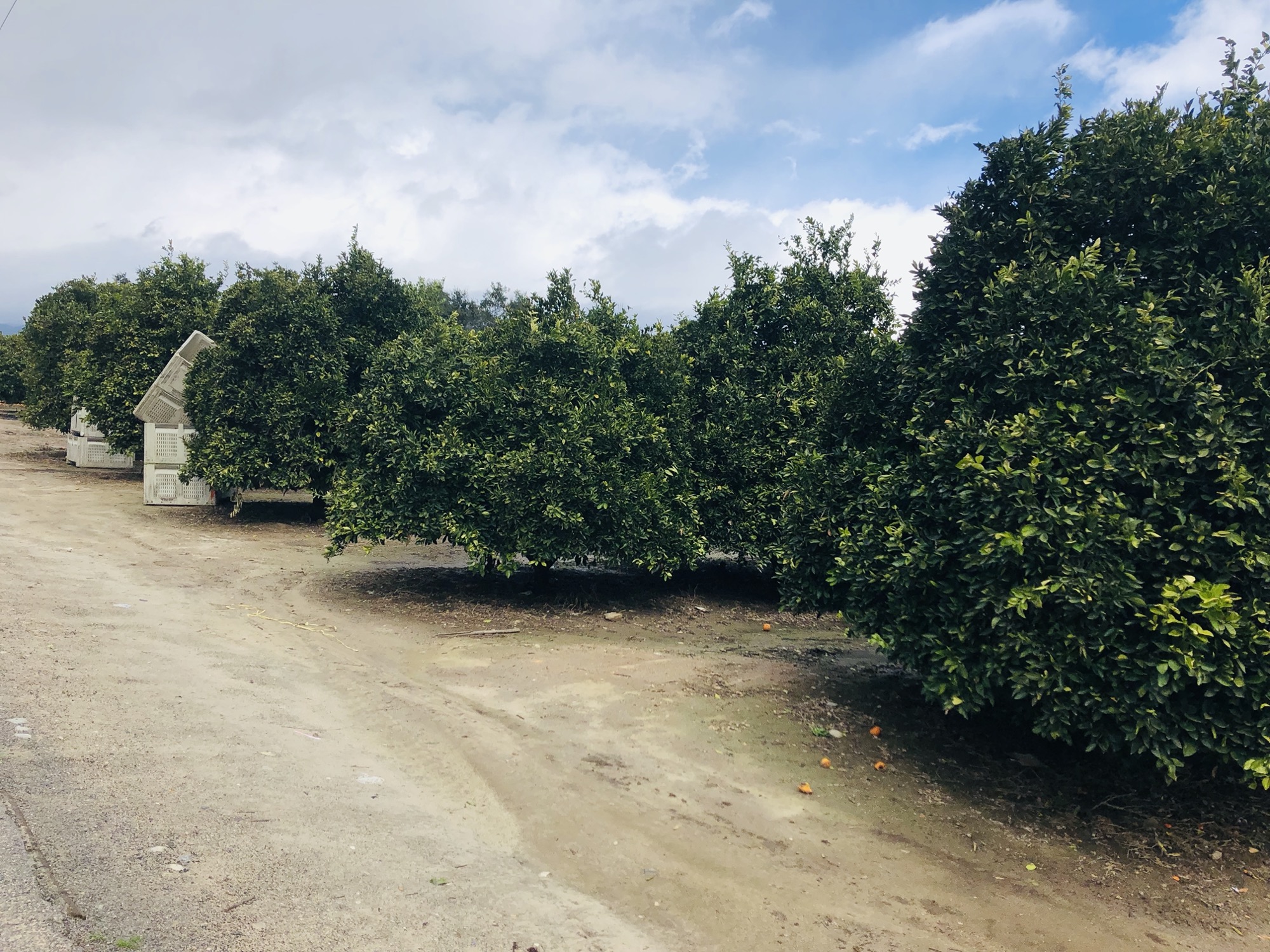 So, with my bike fixed I drove up to Mentone and rejoined the "race" route at around the 30 mile mark.

Less than a week before the "race" my gravel bike's right shifter stopped working. Getting a replacement in time proved to be impossible so I switched gears (pun intended) and opted to ride my XC hardtail instead. It ended up being a God send. 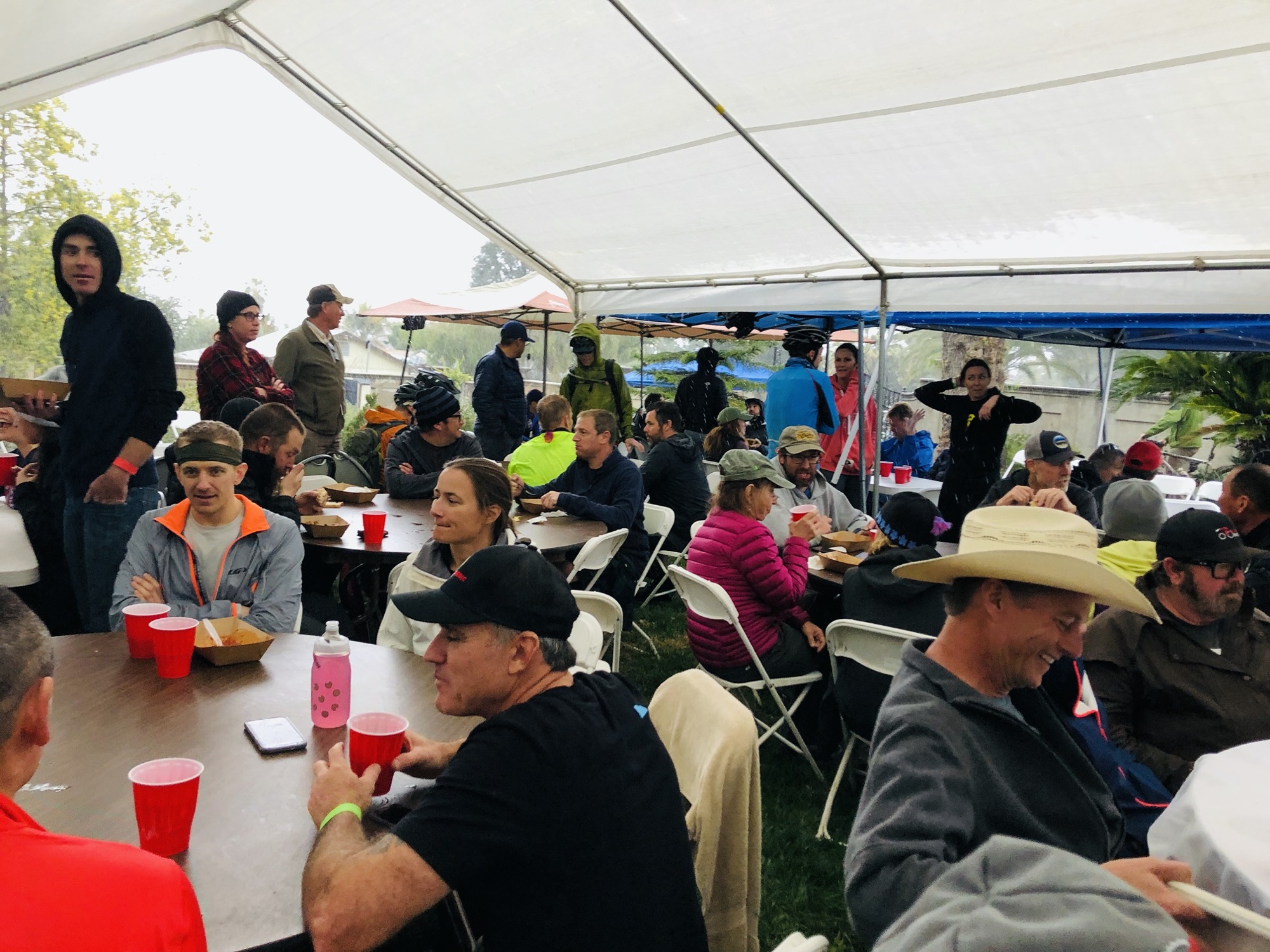 Re-joining the "race" route three plus hours in and at the 33 mile mark I was expecting to be in the tail end of the pack. However, when I got to the dirt road there was not a single bike tire waffle print in the mud! How could it be that all 225 riders were still not over half way done almost four hours into a 62 mile ride!? A few miles later I rolled up to the Neighborhood Cyclery SAG (Supplies And Gear) stop. They informed me that I was the third rider they had seen. The first two riders had skipped a ~15 mile segment through Crafton Hills because their front brake pads had completely worn through from all the mud and rain! I chatted with SAG staff for awhile and then I set off to climb the Seven Oaks Dam. 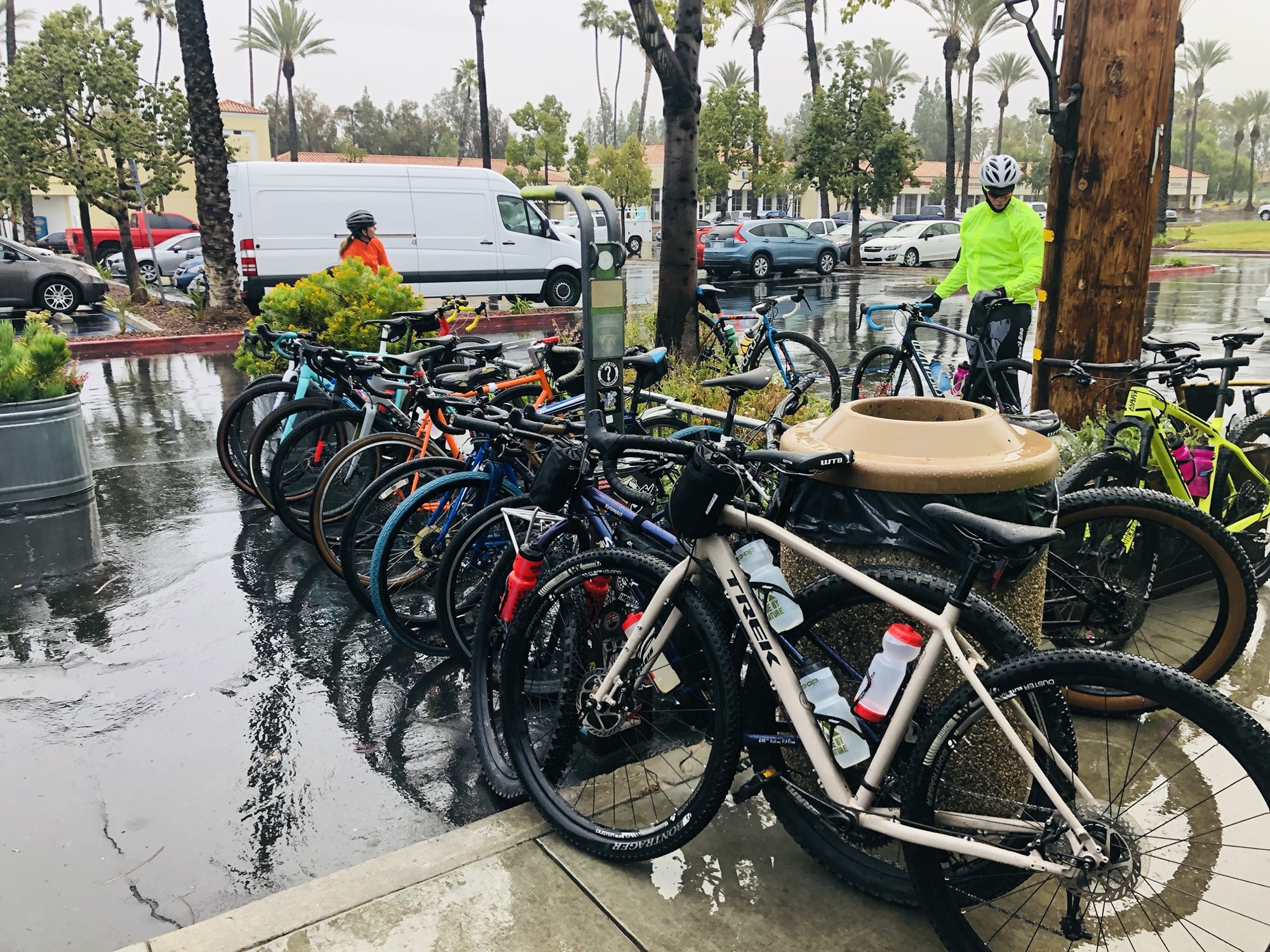 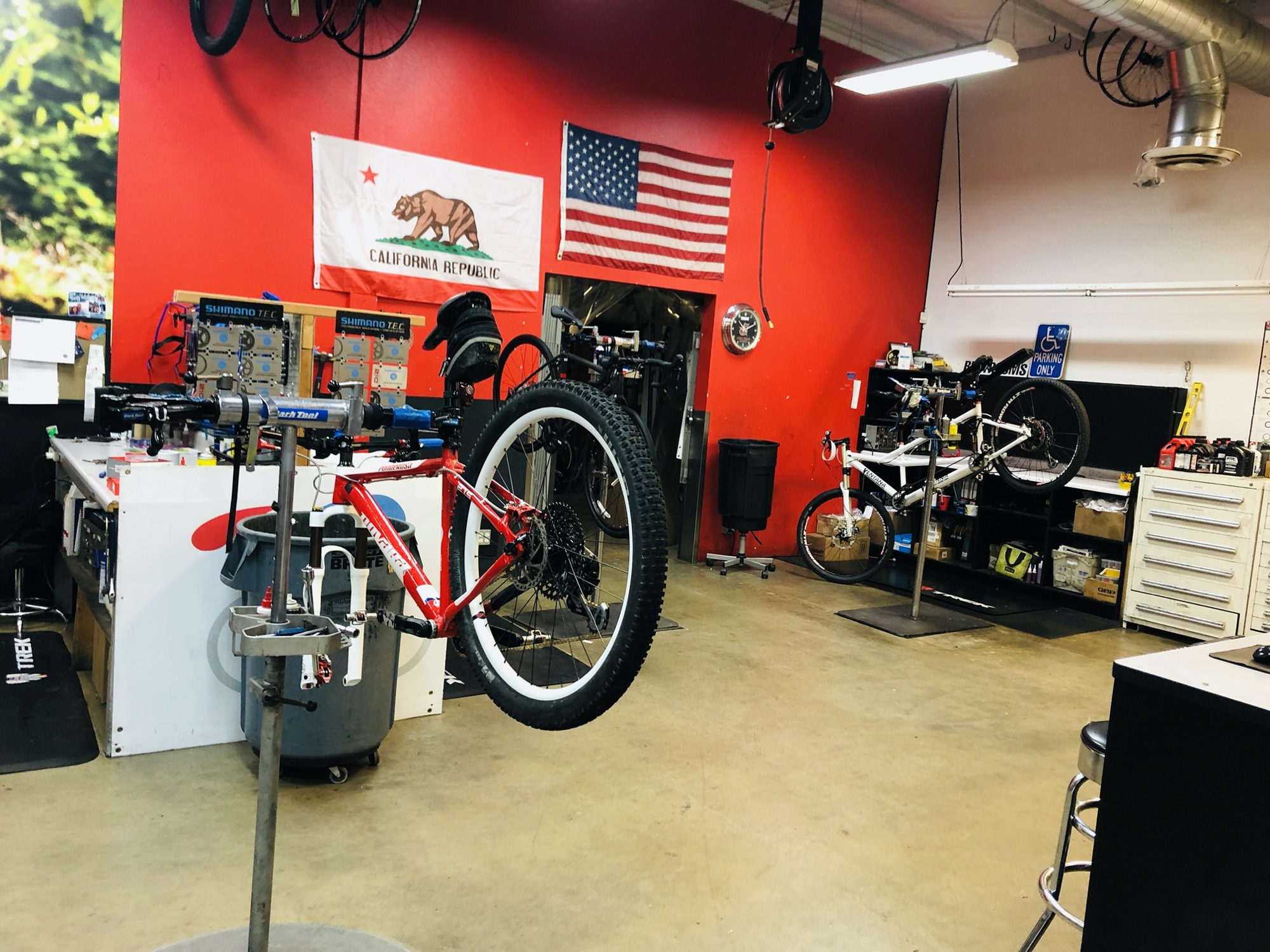 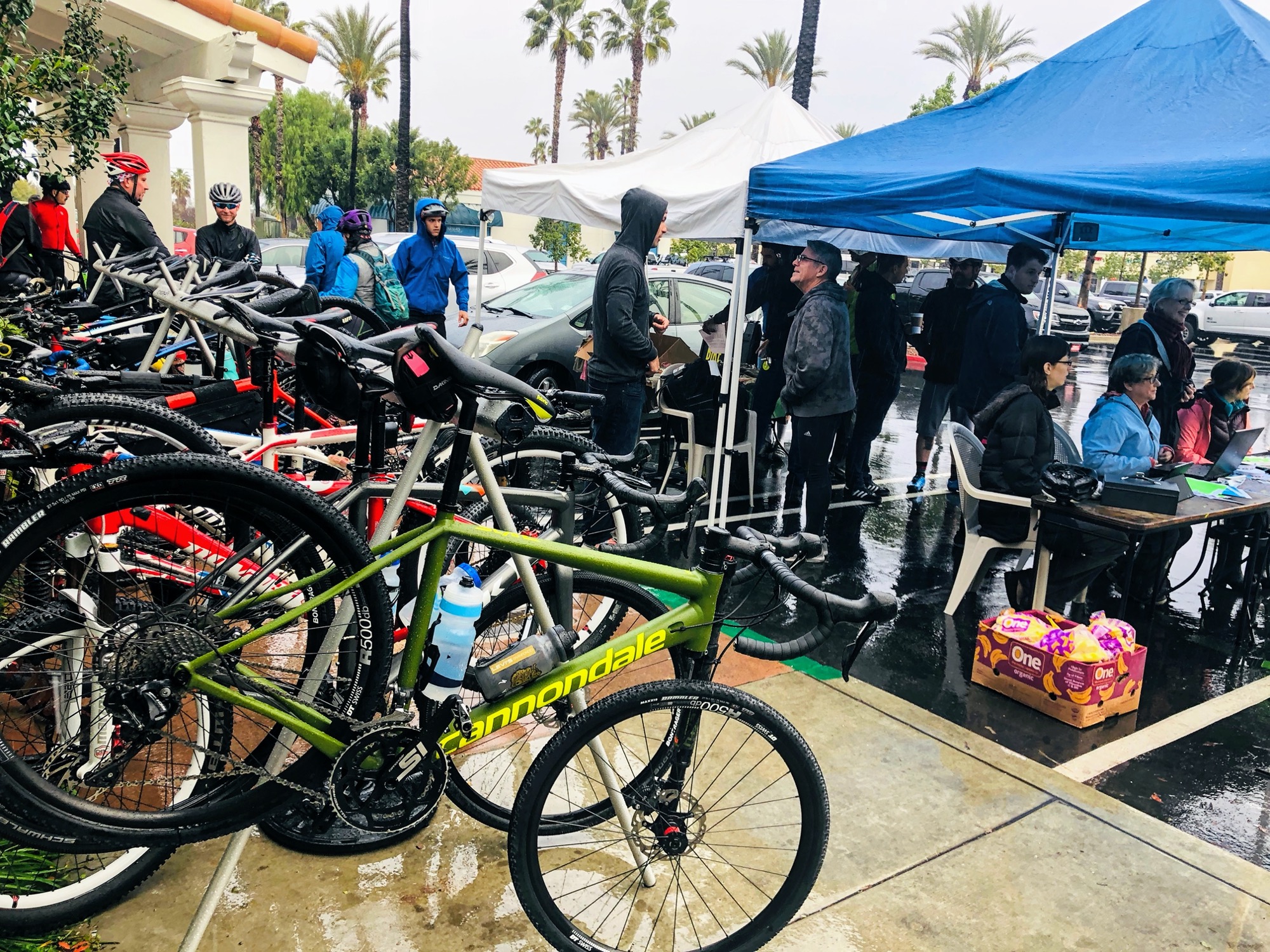 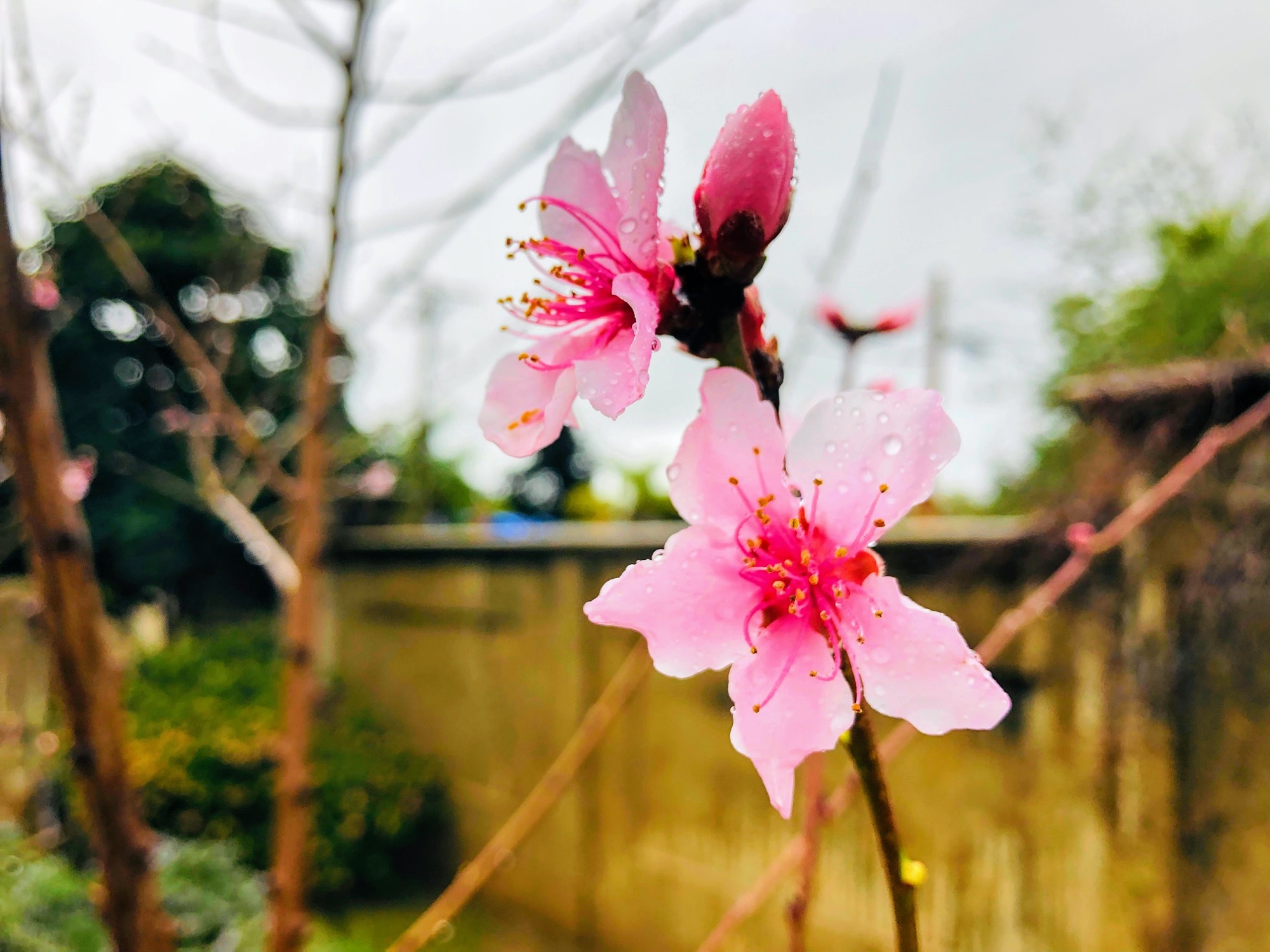 Southern California has been getting absolutely pummeled with rain all winter long. The day of the "race" it was coming down hard and consequently all of the trails were muddy and crisscrossed with gullies, rocks, and slides. Having the wide 2.25" tires and the suspension with the carbon fiber handlebars on my XC bike made the going a lot smoother.

One of the goals for this "race" was to learn how to use the Wahoo route following feature. So, when I reached the top of the dam I decided to follow the "race" route back into Redlands and then cut through the hill-country back to my car. It was a good decision. The organizers had put together a really fun route and the SAG stops were at perfect intervals. At the Beeline bike stop Keith was kind enough to give my drive train a solid cleaning and re-lube, which fixed the worrisome clunk coming from my chain for the remainder of the ride. Thank you Keith! 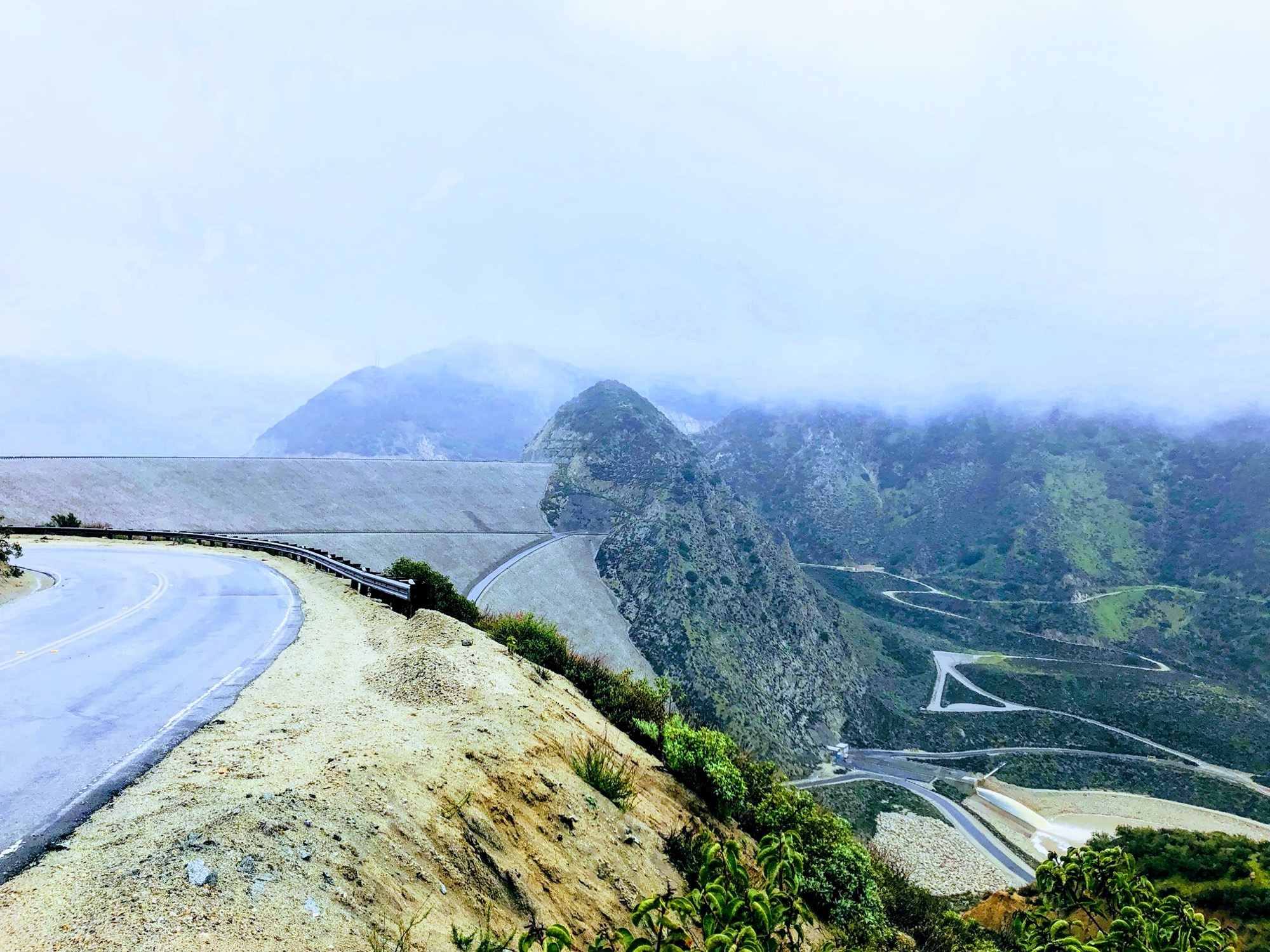 The low temperature was projected to be 59°F. It was actually 46°F, factoring in wind and being wet I was woefully underprepared for the cold. If I had not flatted three times I would have probably flirted with hypothermia throughout the early parts of the ride at higher elevation and during the worst parts of the storm.

My next "race" I will be running tubeless for sure. Also, a big mistake was not airing up my tubes a little before installing. If I had done this I would have likely avoided the final flat that grounded my efforts. The night before the "race" both my tires were aired up to 38psi, which I felt was a good pressure for tubed tires running on pavement/flat-ish gravel roads. 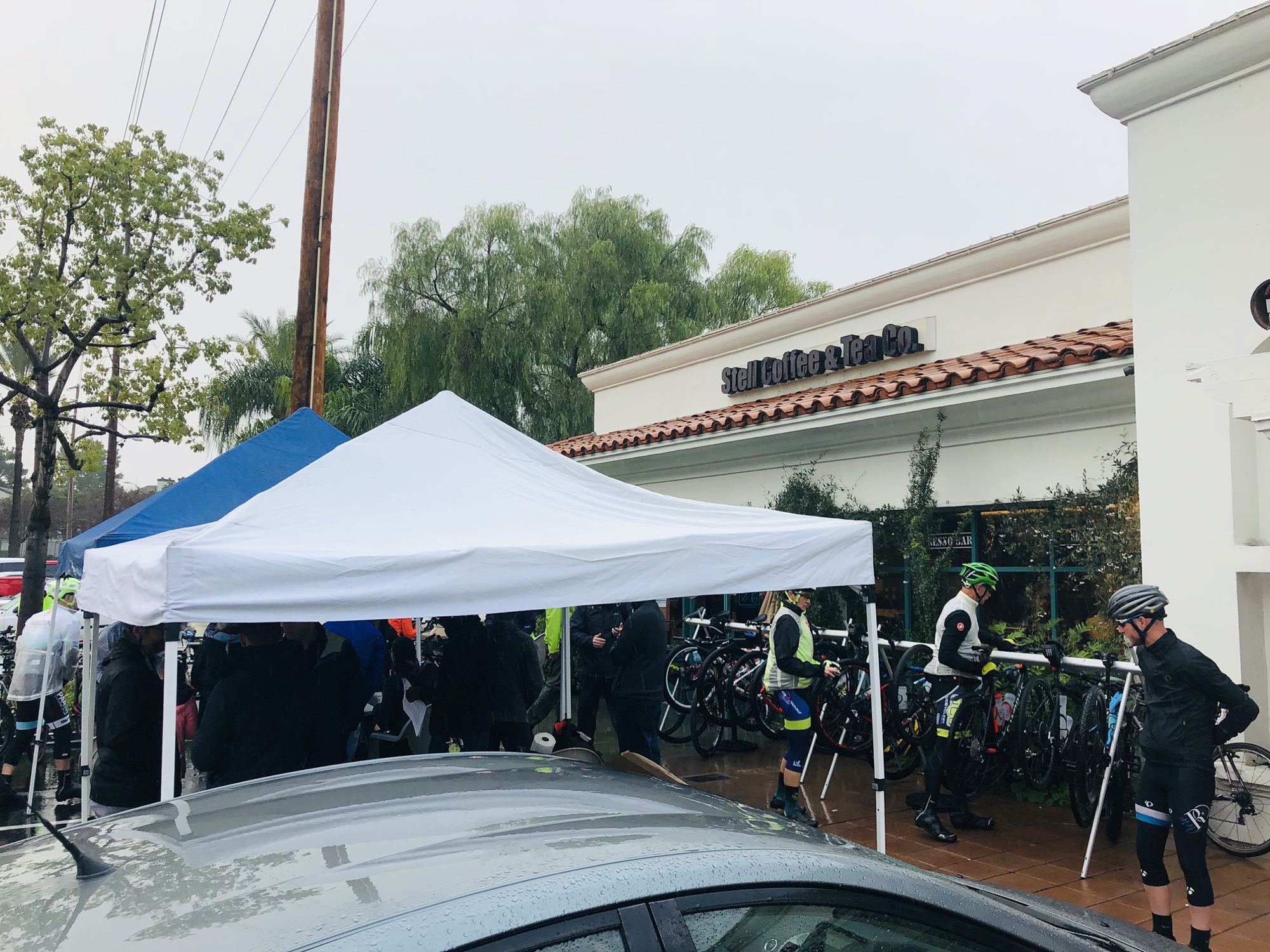 This was my first concerted effort at gauging in-race refueling. The day after the "race" my smart scale recorded a 3% reduction in body fat and a 3% increase in muscle mass. I attribute this to the SAG stops refueling; which was bananas, oranges, and peanut butter bread. I also ate four gels and two Clif Bloks.

To begin with Strada Rossa was not really a race. The course was not closed and according to the volunteers most of the entrants did not actually complete the entire route, myself included. Still it was a great learning experience for me and I had a lot of fun. I am pondering another race again in 8-10 weeks and maybe a triathlon this season too. We shall see. For now I need to get my gravel bike back on the road. One thing at a time... 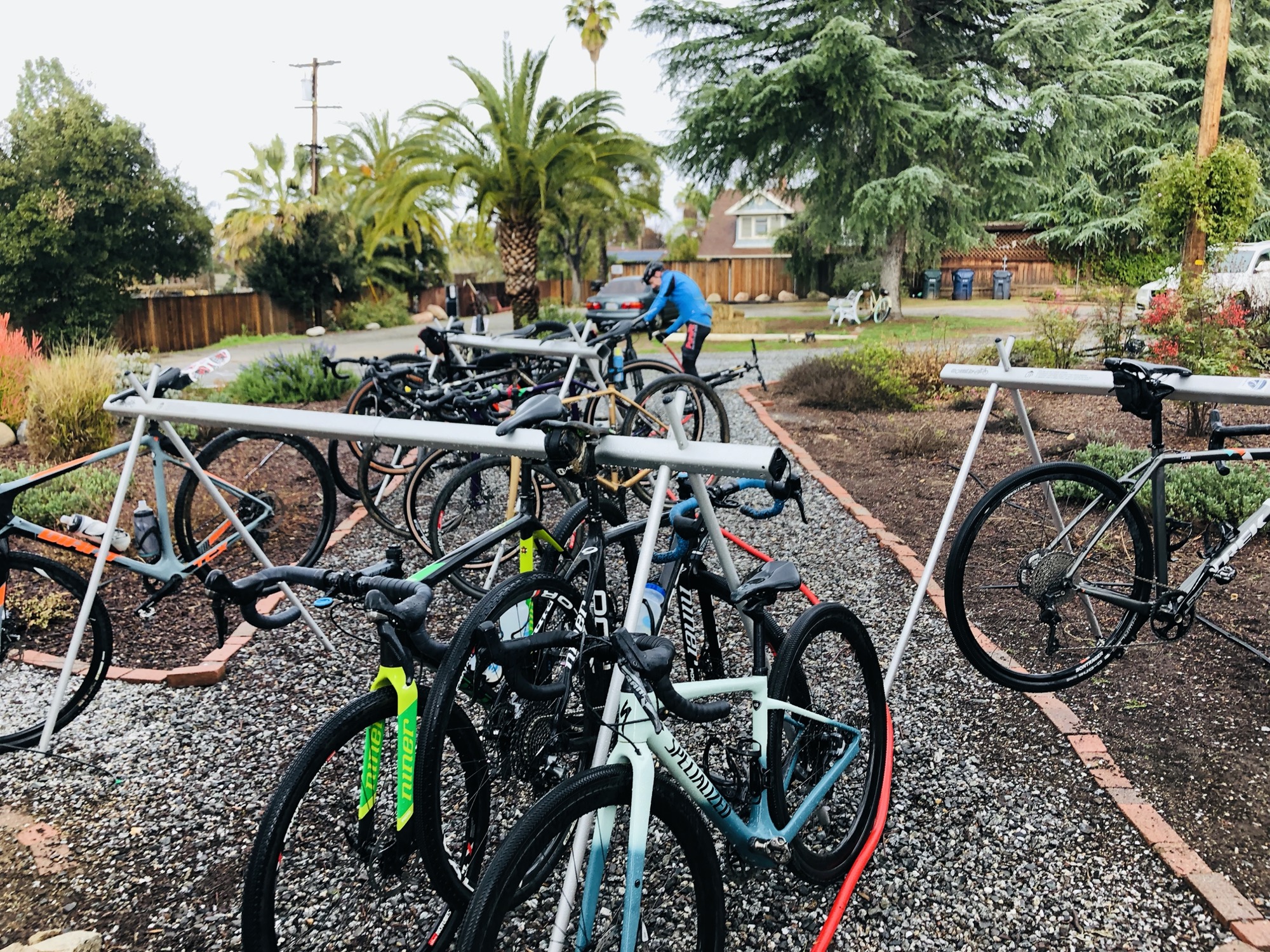