I am a stay at home Dad to a two year old boy named Tadashi. Before Tadashi came into our lives I was very active enjoying skiing, fly fishing, cycling, rock climbing, hiking, canoeing, and camping. I did not want to give that up when I became a dad. In fact, I wanted to pass my love of the outdoors on to him. For the first few months though I chose to significantly curtail my outdoor passions. Between Tadashi's feeding and sleep schedule and me being a first time dad I had little time and when I did zero energy to do anything other than sleep.

However, when Tadashi was old enough to safely run with in a jogging stroller and his neck muscles were developed enough to hold his head up in a baby backpack it was time to kick the long dormant adventure meter back into the red! 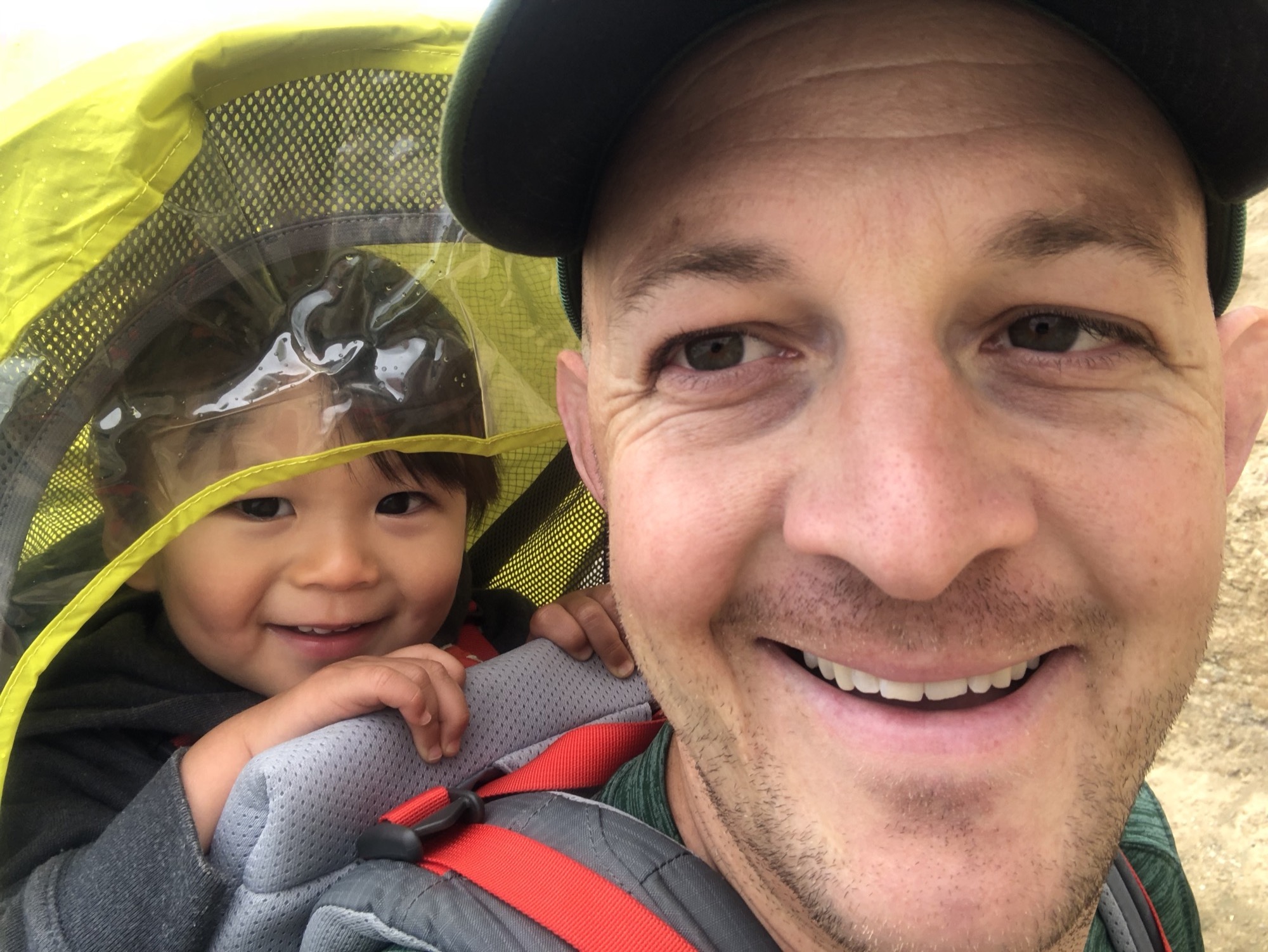 The time I took Tadashi was when he was nine months old. I could have started when he was a little younger but for numerous reasons I chose not to. Let me explain. At the time we were living in Japan where the summers are not only very hot and humid but you also have to worry about the creatures living in the mountains.

There are huge spiders (the small ones are the size of your hand), giant hornets as big as a human finger (oh yea, you are probably going to die if you get stung because they attack en-mass), pit vipers, and man eating wild boar (no joke). However, in late October early November the weather cools off and so the spiders, pit vipers, and giant hornets disappear - leaving you with only the wild boar to worry about. That meant it was time to get kitted out for some hiking with baby.

I am a huge fan of our child carrier. We got ours in Japan made by Montbell, but many US companies make them too like Osprey or Deuter. I opted for the full kit with a rain poncho and sun shade. Tadashi is secured inside with six (6) straps. So, even if I hang upside down he cannot fall out. The pack also has two pockets. One is quite large - enough to hold extra clothing, food, water, bottles, basically anything and everything you and your baby might need. The second pocket is the perfect size for 3-4 diapers, wipes, and other necessities like your wallet and car keys. 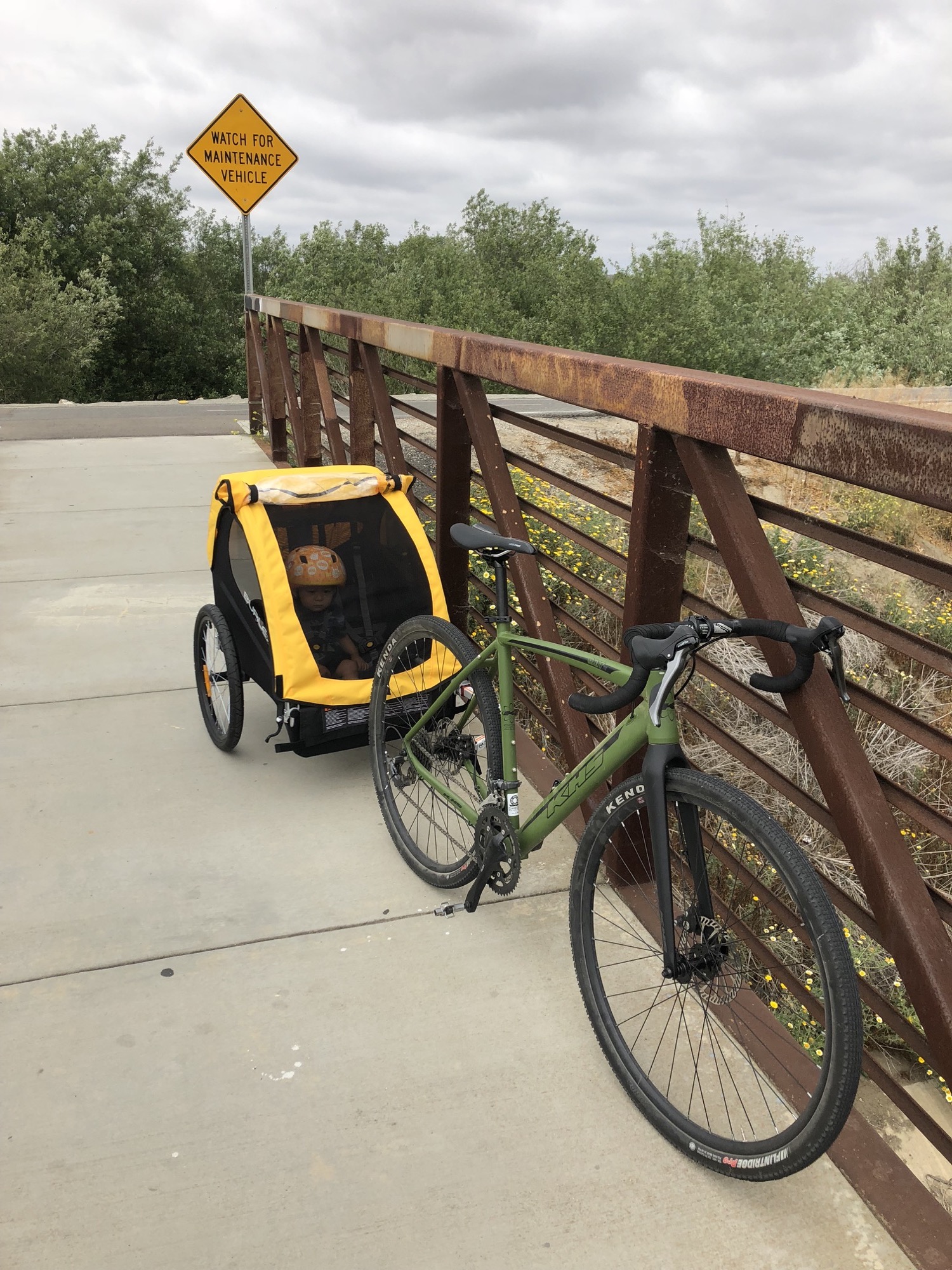 The other item I got was a set of trekking poles. Having two extra appendages to help keep you stable when navigating uneven terrain are priceless when you have a baby on your back. You can also use them to probe suspect shrubbery on the trail up ahead for critters you would rather not surprise with your legs...

Some of the best naps Tadashi has taken were in the baby carrier on long hikes in the woods. Make sure you have items that you will need close at hand. There is nothing worse than rummaging through the pack to retrieve and item and waking your sleeping baby.

Double check and triple check that you packed everything before you leave. In the past if I got to the trail and realized that I had forgotten gloves I would shrug it off and say: 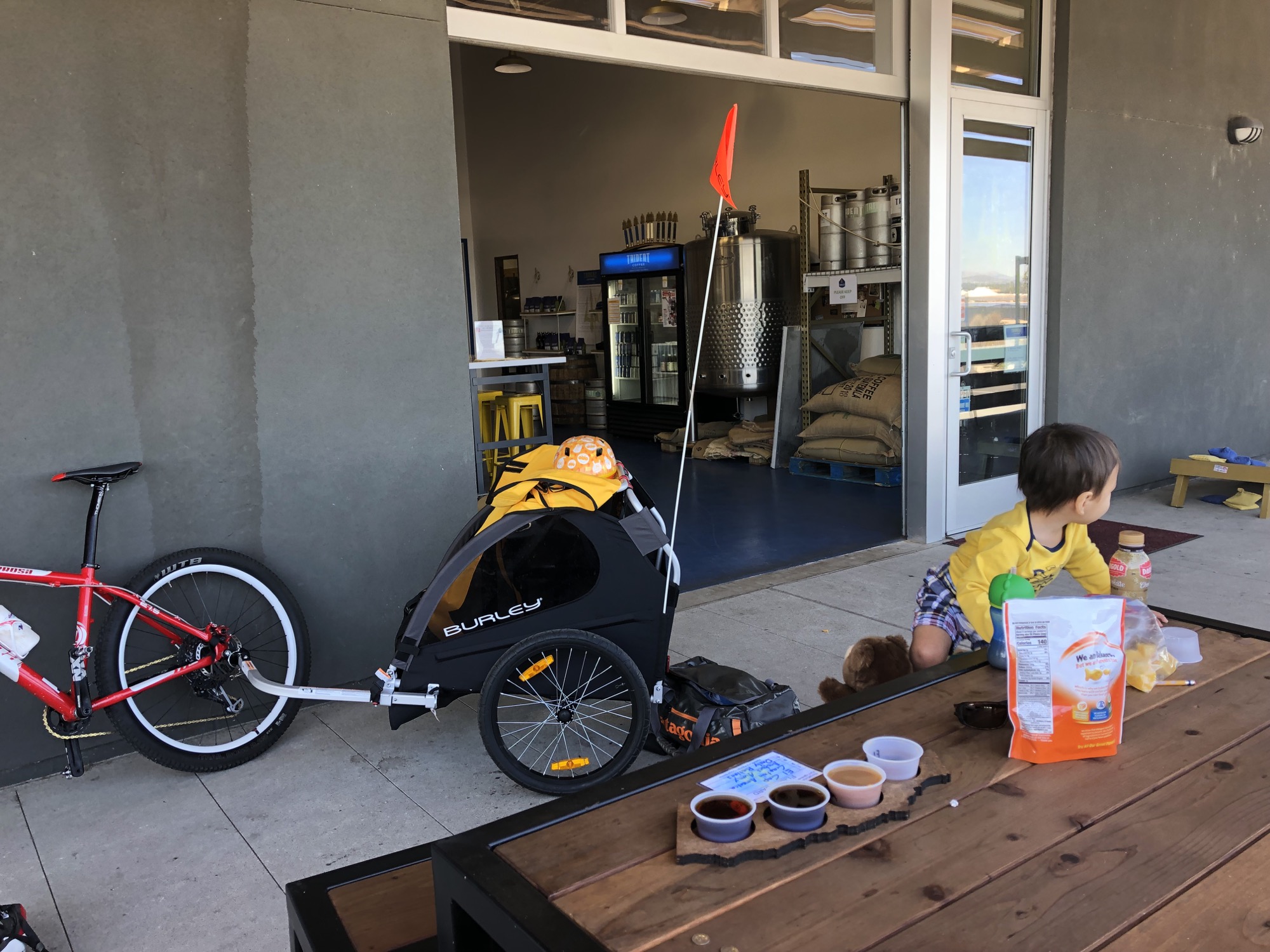 "Guess you are going to have cold hands today..."  and proceed with the hike.

It is another thing all together to realize that you forgot to pack your babies gloves. That could be a trip ending mistake right there.

Before I became a dad the most weight I carried on a typical day hike was around ten pounds. When Tadashi was nine months old he weighed 15 pounds. Add in all of the necessary supplies and the pack itself and I was pushing close to 30 pounds. With the extra weight I got a good pair of high top water proof boots. I also took it easy on the distance until my body adjusted.

One last thing, keep in mind that an afternoon hike with a baby can be a bigger undertaking than a weekend backpacking trip with another adult. I do not say this to intimidate you but rather to encourage you start small and work your way up from there.

Below is hike I did with Tadashi in June 2018. It was a hot but windy day. Despite the heat we had a wonderful time. After this loop we had a picnic and then we geared up for another hike. Tadashi was not feeling it though, so we bailed. This illustrates a good point that spending time outdoors with your child should not be solely about your training or working out. Rather it should be about getting your child to love the sport as much as you do. If you force them to do it so that you can get in your workout it can cause all sorts of issues and conflicts down the road.

I was keen to take Tadashi out for a bike ride when he was very young. However, I did not like the idea of riding with him on the roads in Japan. So, when I found out that there were a lot of bike paths where we were moving to in California I was ecstatic. 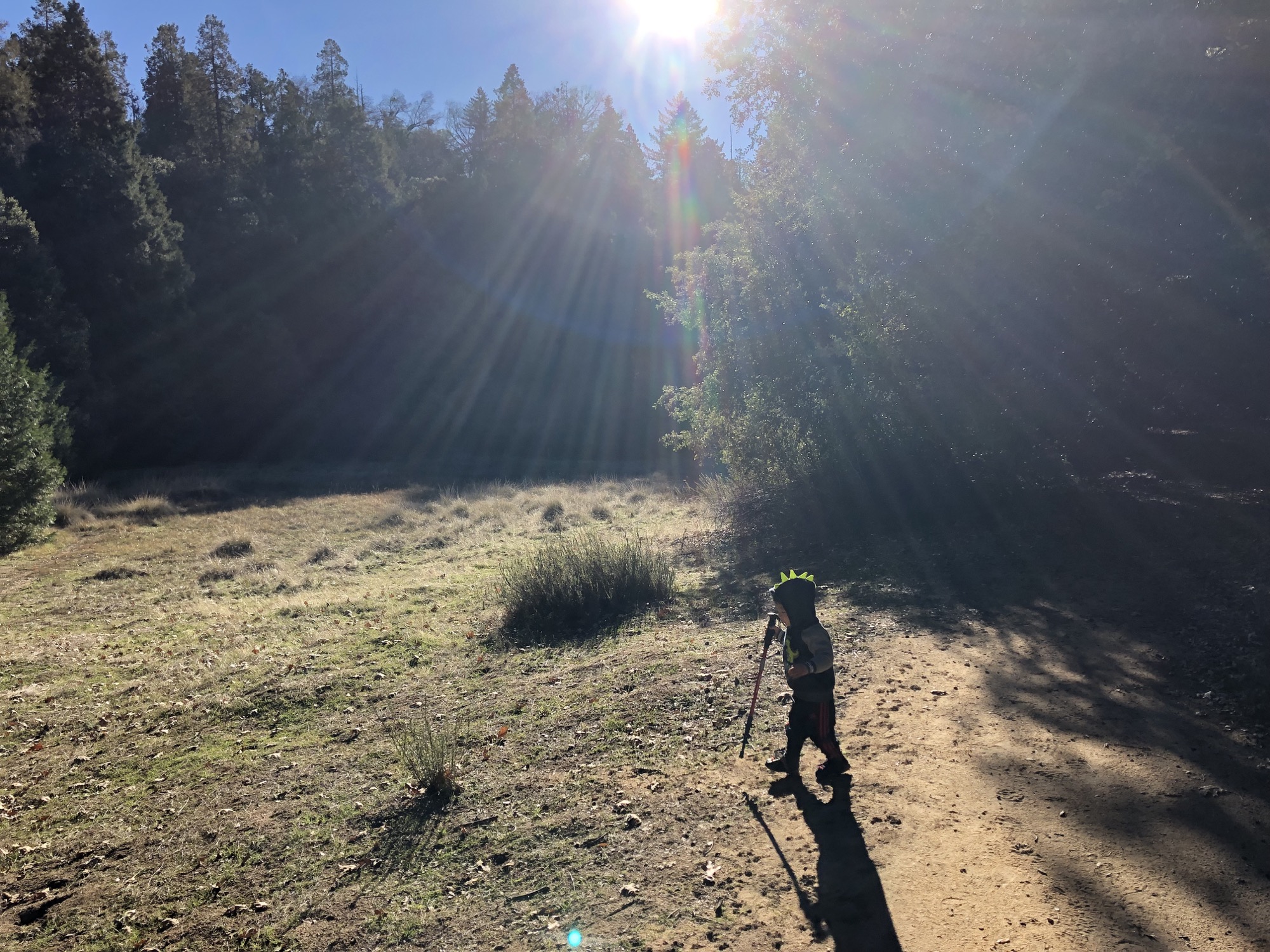 After doing some research I opted for a Burley Bee bike trailer. Much to my dismay Tadashi was not a huge fan of riding in the bike trailer. On more than one occasion I would have to turn around early and make the ride back with a screaming kid in the back. So, I put riding with Tadashi on the back burner for the long hot summer months and hoped that when he was older he would enjoy it more.

After the long hot summer was over I decided to give it one more try to see if Tadashi would enjoy the bike trailer more than he had in the past. Since it was such a pain to pack everything I opted to drive to a further away bike path. Go big or go home. The longer distance away made it seem more worth it to do all the necessary packing. If he hated it we would spend the day at the beach... Well it was a smashing success. Tadashi loved the ride. We took a nice break at Trident Coffee in Imperial Beach for some cold brew coffee and a snack. Afterwards Tadashi took a nice long nap in the trailer while I battled a gnarly head wind to get back into Coronado. 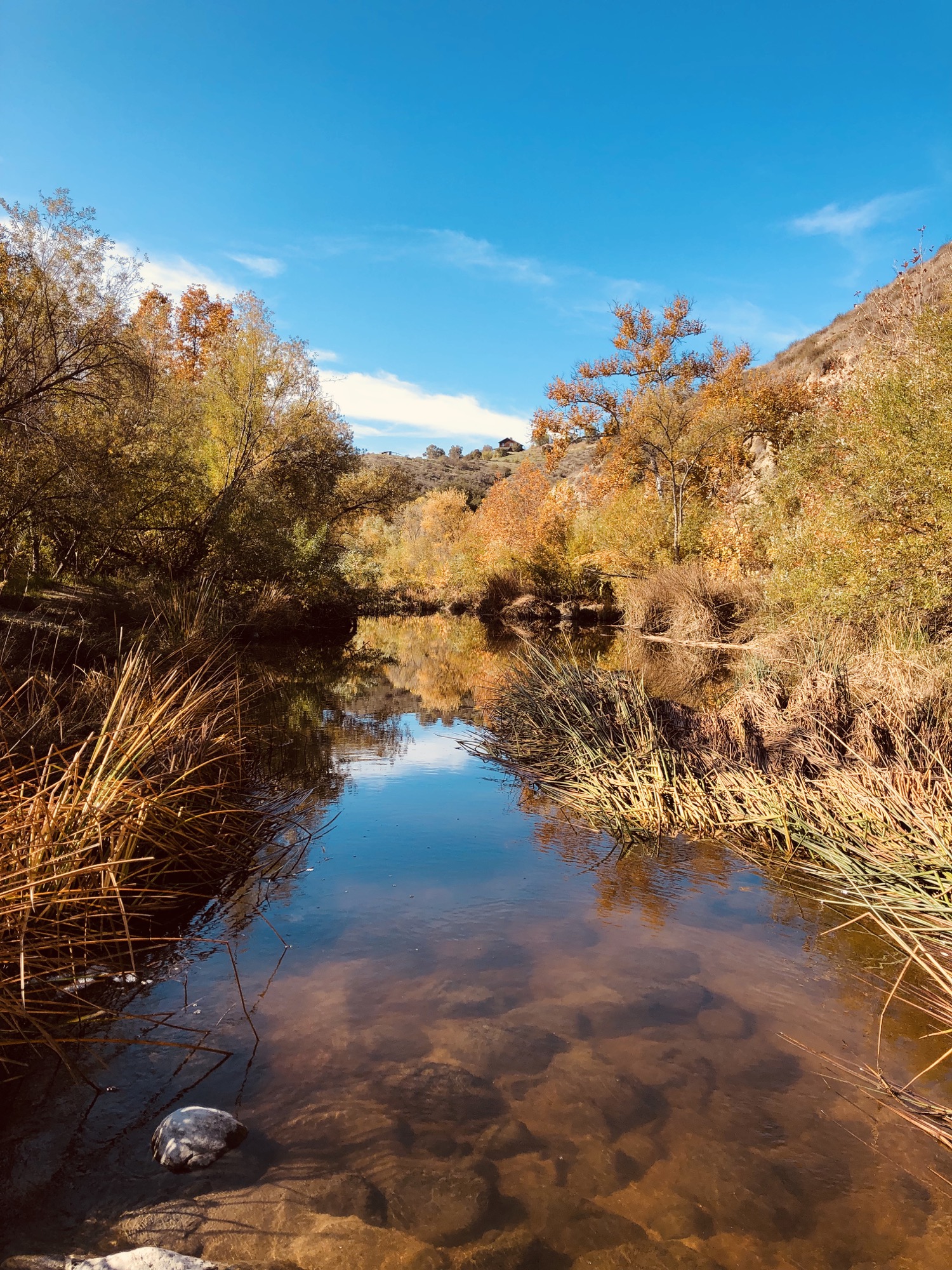 Getting everything loaded up in the back of our SUV is a bit of pain. Going for a bike ride with Tadashi requires a lot of planning and double checking to make sure I do not leave anything. Below is my packing list of stuff that I bring on every ride. 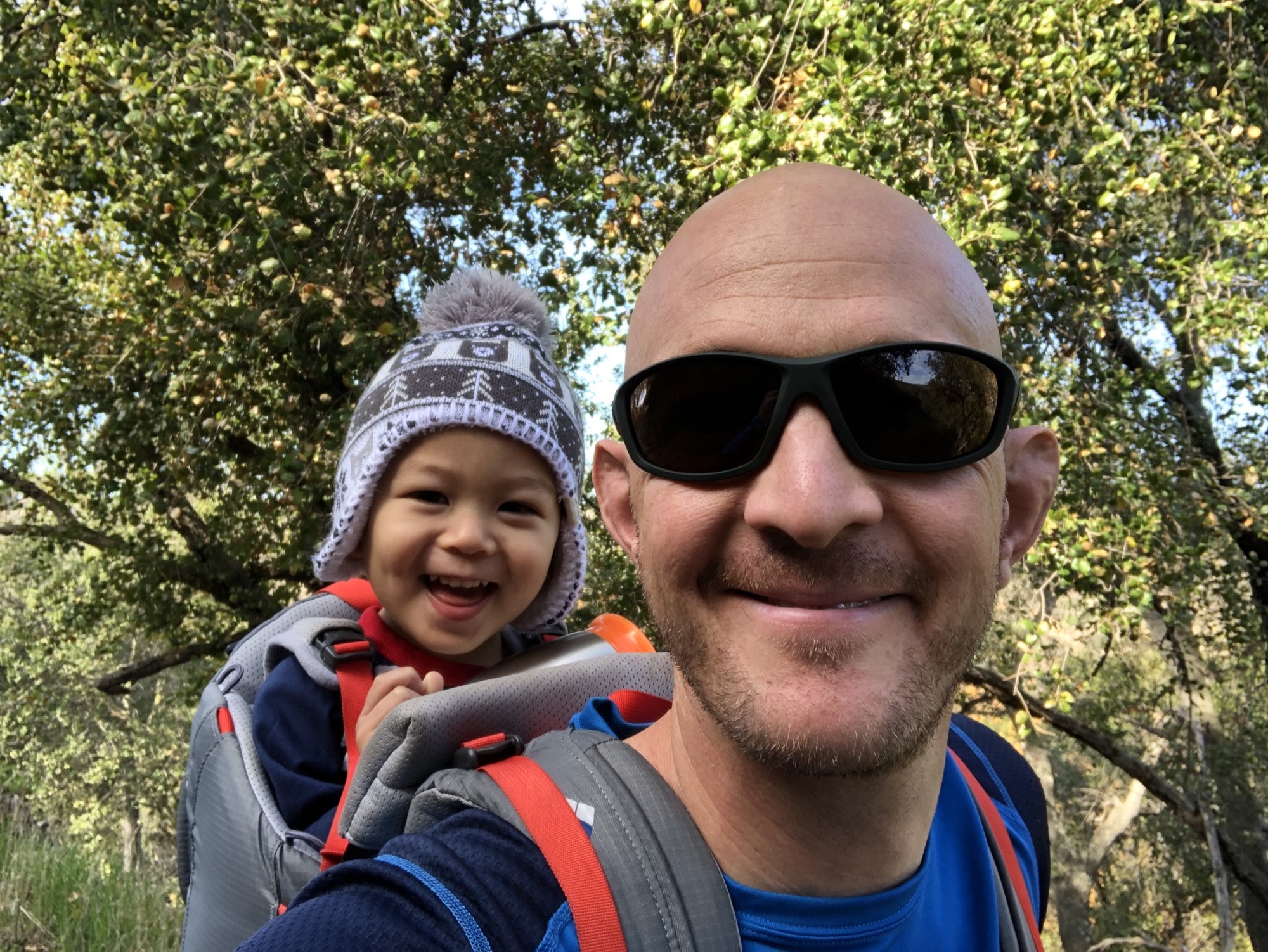 Burley Design Hitch Alternative Adapter works better with my KHS Grit 110 than the hitch that came with the bike. However, it has a tendency to come loose on bumpy terrain. So, I carry an 18mm pedal wrench to tighten it back down.